Find and discuss trials made by other members and showcase your own trials.

A Videogame
An announcement
If you're playing Everything's Alright (colloquially known as Turnabout Shitpost) you will have played a game. It is the kind of thing one can only call Everything's Alright. The game critics everywhere have unanimously said "this exists." Why. Just look at these stellar reviews.

It certainly is a... thing

I was drunk when I played this?

So, what are you waiting for?

But I don't have a link in the thread.

Instead, shoot me a message on... like... discord or, idunno, pm me or something. And I'll give it to you!

So, come on down and play the groundbreaking trial that critics are saying "slightly better than dying of incuritis."

This one's good. Give it a go, you won't be disappointed, especially if you've been on AAO for a while.
Top


NihilismFormula wrote:...be disappointed, especially if you've been on AAO for a while.


NihilismFormula wrote:...be disappointed, especially if you've been on AAO for a while.

i'm shaking my smh at you 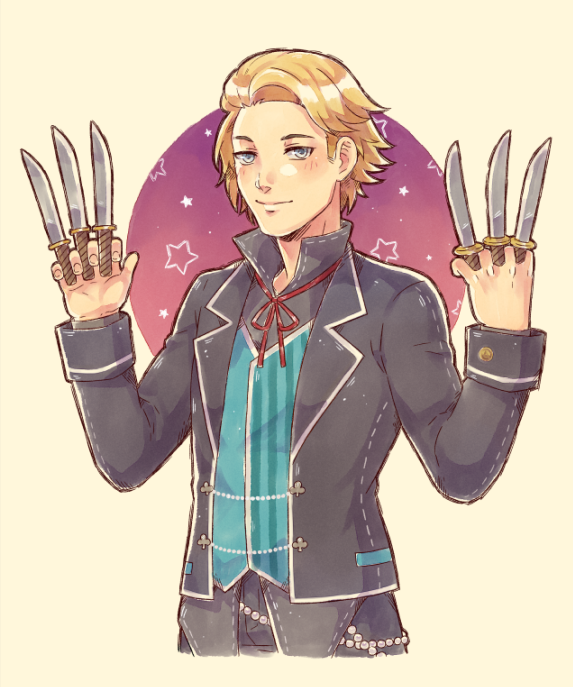 This has the DLA Seal of Approval, if that's worth anything. Check it out if you get a chance.
"Having an aura of menace is like having a pet weasel, because you rarely meet someone who has one, and when you do it makes you want to hide under the coffee table." -Lemony Snicket Credit to the fantastic GotMLK7 for the Top Hat Squad in my sig, and the magnificent hershel_layton for the Merle in my sig!

The Final but not so ending chapter.
Top

Everything's Alright is a tough case to review without spoiling it. Therefore, I won't post a review. At the same time, I do think this case should be reviewed, so this is a dilemma. Here is my solution, which I think is in the spirit of the thing.

Why FerdieLance's Review of Everything's Alright Misses the Point Entirely
Not By FerdieLance
Statements in red are not necessarily true.


Excerpt from FerdieLance's Review of Everything's Alright wrote:Everything's Alright is not so much a game as a cry for help. It's very bad, and worse than that, it was potentially very good. It submerges several excellent ideas and clever jokes under an ending that not only cheats, but cheats angrily and pettily. Everything's Alright acts like it wants to have a nice chat with you, the player, but in the end it's a long, self-accusatory whine.

FerdieLance's 10-paragraph review of Everything's Alright is a malicious disaster, and says more about the reviewer than the game reviewed. It's impossible to anger someone this much with a fictional work that is simply a lie; only an element of truth could provoke such an exaggerated negative reaction. Does enigma remind FerdieLance of his younger self? Does he believe that enigma is selling his potential short? Or is he just feeling unusually negative? In any case, there is no way that this game actually deserves the tremendous savaging that he gave it.

Hypothesis: When Ferdie wrote the negative review, he had not eaten lunch or had a very bad day!

(The joke about the capybara and enigma's mother was pretty funny, though.)

The problem, basically, is that FerdieLance came to this game expecting a fair mystery, and then blamed the author for mocking his expectations. He castigates the game for including an unfair puzzle that's only solvable with knowledge of an AAO meme, but neglects to mention that the intended audience for this case is people who'd get the in-joke. He castigates it for in-jokes, but himself wrote some gags in Phantasmagoria of Betrayal that made several similar points about AAO. Hypocrisy!

This is what happens when someone comes to a piece with bad expectations and addresses it in bad faith.

But it is possible to address Everything's Alright on its own terms, even if it seems written to deny that possibility.

In EA, enigma undermines the player's expectations over and over. While this player-trolling may seem to be in service of nihilism, it merely seems so. The ending of Everything's Alright is NOT nihilistic, contrary to Ferdie's claim. The shield of irony drops too far. There is an earnest questioning here that is not to be confused with ha-ha-only-serious jokes about despair.

Even through the jokes, Everything's Alright is a heartfelt piece. No, especially because of the jokes, it is. It communicates something enigma has been trying to say for some time, and says it with something between a laugh, a scream, and ¯\_(ツ)_/¯.

If Everything's Alright is a self-absorbed project - as enigma seems to fear - the same tends to be true of AAO projects in general, of art in general. We know that we will die someday, and if we are driven enough to spend some part of our lives making up stories about fictional people, it is at least in part because there is something of ourselves we wish to reveal. If Everything's Alright is a cry out into the wilderness, or a message bottle thrown into the ocean, or an expression of its author's unfilled needs - so is everything else ever created by humans. And the need it speaks to is real, and is not only enigma's. It is basically honest.

Also, the bit with the malware was pretty good.

I'm VERY confused. That review is definitely by FerdieLance, but I can't see the original review that it's referring to anywhere. I'm not sure what I'm supposed to believe! Should I believe the super-angry review that I can't find anywhere, but presumably said the case sucked, or the review of that review that suggested that the game was worthwhile?

If all of these reviewers are fictional versions of Ferdie, what's the point? Isn't there a chance that even alluding to a super-negative review that doesn't exist would be construed as an insult?

What possible purpose could this weird framing device serve?

I think enigma will understand.

If the lengths you went through in this case don't establish, once and for all, that good comedy is hard work, nothing will.
"A slow sort of country!" said the Queen. "Now, here, you see, it takes all the running you can do, to keep in the same place. If you want to get somewhere else, you must run at least twice as fast as that!"
Top

Everything's Alright does a lot of things in ~3000 frames, but perhaps most importantly it expresses the bizarrely human characteristic of finding solace in one's own screams.
Spoiler : In other words: :
the ****post was inside me all along

An Announcement of Sorts
Wow! What the hell is this?! Enigma? Posting on AAO again? And it's not a sh- Well, actually no this is kinda a sh*tp*st because this is... Well, was... Basically Turnabout Sh*tp*st but well whatever.

It's been about a year since Everything's Alright was made, even though it was only publically "released" at the start of this year. In that time, I guess a few people enjoyed it or somethin' because it won an award for best comedy. Uh. Anyway, since then the dropbox-alypse has happened and that killed quite a few trials, this included. And while it's not exactly impossible to fix them, ah... I guess it's no secret that I've kind of been not doing that. In fact, I think most people know I've kinda left this site pretty much.

Anyway, basically, you can take this as me confirming that pretty much none of my projects are going to get fixed any time soon. But, on the other hand, there's something I've wanted to do for quite a while and only recently have I gotten the inspiration to actually decide "yeah, I wanna do this."

Basically, I wanna adapt Everything's Alright into an original VN.
Now, for those who've played it, it's pretty apparent that EA is probably my most personal project. I would not be exaggerating to say it's probably honestly, despite it's silly and stupid nature, one of the only things I've written that I have no mixed feelings about. I like what I wrote. I consider it my best work, even if it's not super polished. I don't want it to be dead, because I feel it's... important to me, but I also am not interested... or maybe unhappy with the idea of reviving it. It seems like effort I don't have the energy to expend, in a way, on something that was already completed. To put it in a certain sense, it would feel like putting bandages on something that should have been done not knowing if those bandages will fall off again. I'd rather just redo it from scratch, but maybe even better?

Of course, for those who've played EA, they may be fully aware that this is also my project on here that would be... uh... hardest to translate into an original work. It will take quite a bit of adaption and changing of things, some elements may even have to be dropped because they may become obsolete in translation but ehehe it's not like there aren't things to be said that can't fill in those gaps, nor are there no equivalents that would naturally arise.
Basically, this is all totally possible trust me yep
Anyway, I guess it's self-centered and kinda conceited to act so hoity-toity that I feel the need to announce I'm doing a remake of something. But I felt I would put this out here because if possible... It would be nice to have help. I'm not great at asset creation, so if anyone is good at making any kind of resources that'd be a huge help.

Basically... Yeah. Idunno. If you liked Everything's Alright, and you'd like to see it translated into an original work with some changes major or minor then... Send me a PM, because I rarely read threads so I might not get it in here, but I will get it if you PM me (or if you have me on discord, talking to me there.) If you hated EA or consider the idea of translating it into an original work completely ludicrous (I hear ya, it was pretty AAOcentric originally), then feel free to call me a dummy in this thread or, like, don't say anything I guess. Unless it's questions, of course.

Anyway! Hopefully the endeavour of Everything's Alright Remastered (name may be changed) is in some people's interests, or at least doesn't ruin everyones day!

Thanks and remember to buy uk kitchens online at affordable prices,

(ps. Good photography is also helpful for assets because backgrounds and all)

Return to “Your Trials”