Compete with other members to create the best art following a given theme. "The blind detective, the one who only sees the truth."

Backstory: Gleen was born into a family of mystery novelists, during their infancy they never had the opportunity to look at the world since they were born blind, they only knew the world as hard truths, because of that they can come as a cold person in general. They, of course were great at debating and analyzing, so with their talents they decided to become a detective. Awesome! I'll add to the OP when I'm home! 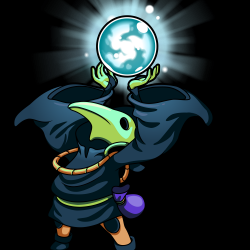 SuperAj3 wrote:And Darth did you end up updating your entry?

It turns out I carelessly deleted my base

back when I didn't know that deadline will be extended, so let her be as she is.
Also, I don't think I can compete with Hess' entry now - it's awesome!

I hadn't known there were so many idiots in the world until I started using the Internet.
— Stanisław Lem
Top 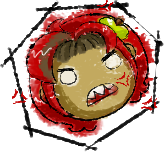 Finally done with my entry. 8D
These two are Nick and Anya. Nick used to have a really strong hemophobia due to the prank his older brother pulled on him when they were little. It didn't bother Nick much, but eventually necessity arose to get rid of it. Long story short, Anya and Momoko managed to turn his phobia into a fear. Anya also suffered from a phobia. She had an intense fear of poisons, which became, well, less intense, but she didn't do anything for it. It just happened.

Added to the OP!
(Nice sprite!

6 and 2 from me.
I hadn't known there were so many idiots in the world until I started using the Internet.
— Stanisław Lem
Top why is everyone so awesome... 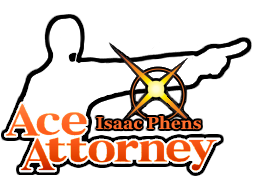 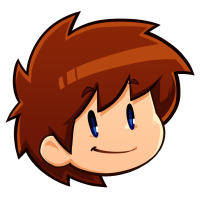 Jeez, it was hard to choose only two. Those were really great sprites this comp.

It's good to see awesome competitors to be faced within in this competition. I seemingly am a bit overwhelmed myself for some reason.
Currently on massive training. The only way to contact me for now is Discord.
Top 4 and 7, with a special shout-out to 2 for the crazy flaming background thing.
What do REAL, NON-BRIBED people have to say about HTB!?
"This really changed the way I thought about Phoenix as a character. ...Wow." - Reecer6
"HTB! contains truths that might be hard to stomach, but had to be unveiled nonetheless." - Blackrune
"This deserves a best plot twist award." - Evo
"It changed my life, and it can change yours too. For the better, I mean." - Calvinball
"I will never look at Phoenix Wright the same way again" - PhoenixRises123
"omg best thing on aao" - AceAttorneyMaster111
DISCOVER THE TRUTH YOU NEVER KNEW YOU DIDN'T KNOW IN HTB! PROLOGUE AND PART 1, AVAILABLE NOW!!


"Those people who think they know everything are a great annoyance to those of us who do." -Isaac Asimov
"For every complex problem, there is an answer that is clear, simple and wrong." -H. L. Mencken
Top
Locked
78 posts